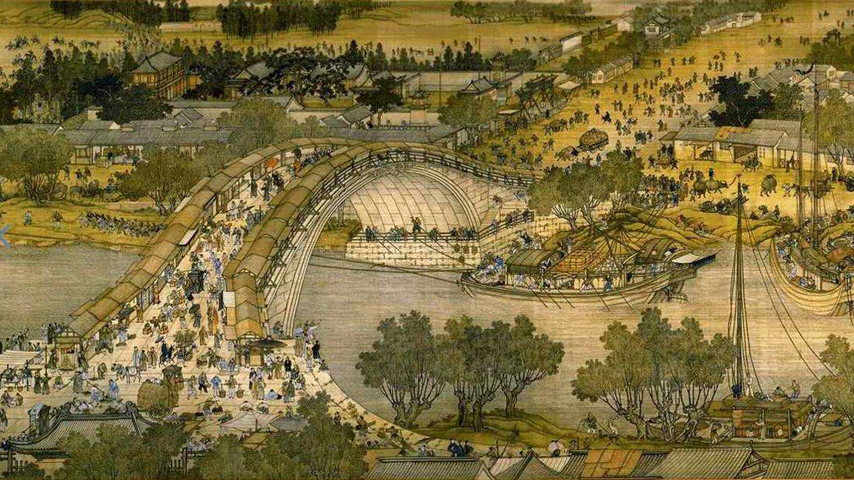 Entering the Qing dynasty, the traditional tea culture was falling year after year, and the modern way of tea drinking rose gradually. However, the people who were bent on tea persisted in the spirit of tea drinking and kept moving forward and innovating. On the other hand, tea drinking in the Palace developed towards luxury, deviating from the frugal spirit.

In the Qing dynasty, an important symbol of the popularization of tea drinking among the people was that the modern teahouses mushroomed and became an important social place for all the classes, including the ordinary people. The teahouses were just like the stages, on which various people performed their different lives and the various aspects of the society; the teahouses were the compressed societies as well, providing a delicate stage for discussion for the ordinary people and also reflecting all kinds of phenomena among the people. At that time, most of the teahouses among the people kept to the frugal tradition of tea. The prevalence of teahouses also symbolized the popularization of tea culture, and it is developing into the everyday life of people.

Luxurious Tea Feast in the Palace

Tea feast in the real sense must have originated in the Tang dynasty; however, in terms of scale and luxury, the palace tea feast in the Qing dynasty must be the utmost, with "Sanqing Tea Feast" set by Emperor Qianlong as the best representative. According to the historical records, Emperor Qianlong set up the "Sanqing Tea Feast" and decided to hold it in Chonghua Palace on a day among the second day to the tenth day in the first lunar month every year; it aimed to show the favour of the royal family and to strengthen the ties among the officials. The tea feast took the form of creating poems on the current events in the Palace. The participants were mostly the high ranking officials such as the Grand Academicians. The "Sanqing Tea" drank on the feast were prepared with plum blossom, fingered citron and pine nuts, which was created by Emperor Qianlong, and cook with snow water.

Besides the tea feast, tea was also an indispensable part in other palace feasts, a "must-have" drink both before and after the meal. The teas used in the feasts were mostly the same. According to the investigations, during Kangxi and Qianlong' reign, there were held four large-scale "Qian-sou Banquet"(Banquet for One Thousand Old Men) in the Palace, and the one with the most attendance had more than 3,000 people joined. The procedures of every "Qian-sou Banquet" were all the same: first drank tea, then wine, and last, tea again. Every people who were able to join this kind of feast was either a prince or a high ranking official. Here, what tea-drinking embodied was still glory.