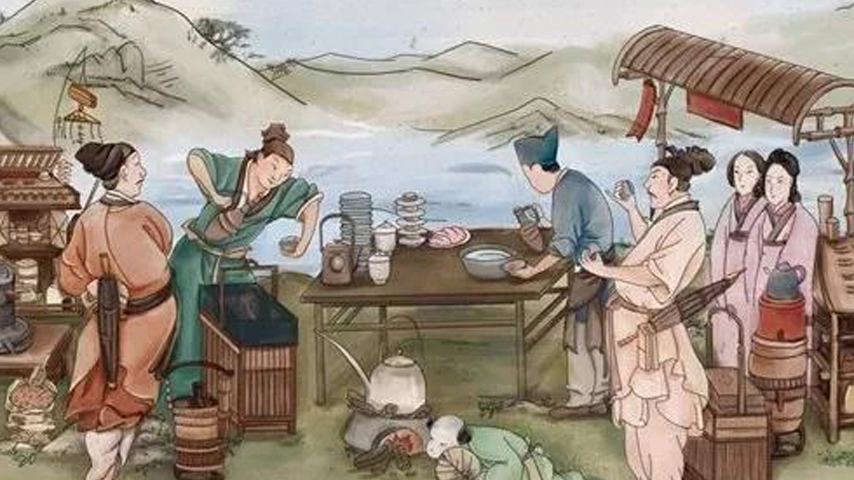 Tea picking Tea picking was a central component of the entire tea production process. Time spent working and the intensity of labor fluctuated due to the inability to accurately predict weather conditions. This created uncertainties regarding ideal tea picking times. However, generally “the ideal time for picking tea leaves was early morning before sunrise.” Tea pickers would usually leave their homes early and do work using careful techniques efficiently to ensure the leaves were gently picked in whole. To do so, pickers used one or both hands to nip the green stems with their index fingers and thumbs, then held the leaves until they had palms-full before tossing the leaves into their baskets.

Sunning, firing and rolling After picking tea leaves, families first sorted out the damaged or rotten leaves then began the sunning process. This process inhibited water evaporation within tea leaves to promote oxidation. Over-oxidation can alter the taste of the tea to become "grass-like" or thick and bitter, so farmers heated the leaves to stop the oxidation once the desired level was reached- a process known as 'firing'. Then, leaf cells were broken down by gently rubbing the tea leaves- this process helped volatilize the scents and tastes when brewing. Tea leaves were damped then rolled into shapes, making its storage convenient while also allowing sap to squeeze out and provide additional flavoring.

Sorting and packaging Once the leaves were dried again, they were sorted and packaged and sold. Tea was usually "transported by a train of porters who used carrying poles to transport multiple chests of tea to the shippers", as the tea was largely sold to merchants and also largely produced to be exported.