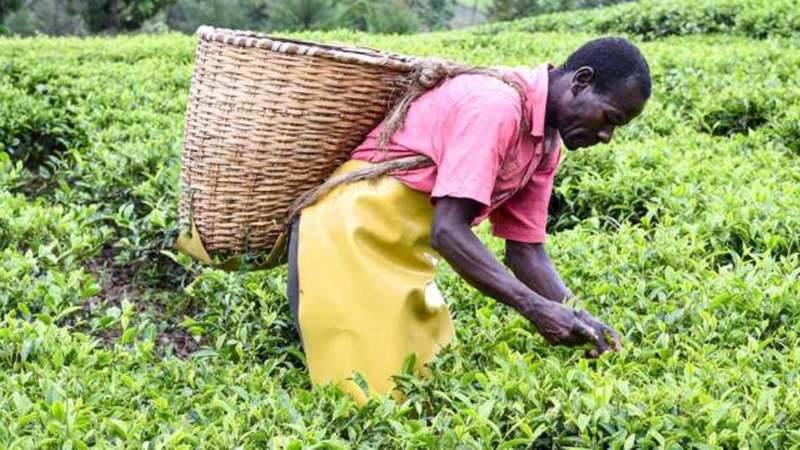 Kenya’s earnings from tea exports are expected to drop next year as production edged down and average prices of the commodity slid, the industry lobby has warned, citing a number of reasons including irregular weather.

Edward Mudibo, managing director of the East African Tea Trade Association, said drought and dollar exchange rate volatility negatively affected the performance of exports in 2022, both of which could lead to low dividends to farmers next year.

Jordan Mutai, a farmer and tea dealer, said this year has been the worst in the sector and expects to earn about 40 percent less than last year.

“I am considering clearing my tea bushes since the weather has been bad and a weak shilling against the dollar will affect our earnings next year,” he said.

This year, tea prices dipped at the Mombasa auction below the minimum reserve price for running for more than six months amid reduced demand for the commodity. A kilo averaged $2.10, down from the Ministry of Agriculture's set minimum price of $2.43.

The conflict between Russia and Ukraine also cut tea exports to Russia by more than 500 million kilos, highlighting the negative impact that the conflict has had on Kenya’s global trade.

Tea Board of Kenya Directorate said buyers from Russia have not been active since the conflict started on February 24.

“There was a significant drop in exports to Russia due to challenges of market access occasioned by the Russian-Ukraine crisis that caused a global economic recession, affecting the commodity market,” said the directorate. The conflict between Ukraine and Russia disrupted logistics along the Black Sea — the main port of entry to Moscow.

Moscow was also slapped with a raft of sanctions by the European Union and the US, curtailing trading in dollars after America banned Russia’s central bank from using the greenback.

Russia is Kenya’s fifth-largest buyer of tea in terms of volumes and the current standoff has seen it drop to position 11 in March, trailing emerging markets such as Nigeria, Poland, and Afghanistan.